Instagram, Vine and Snapchat: The Shift of Social Media Marketing to Millennials 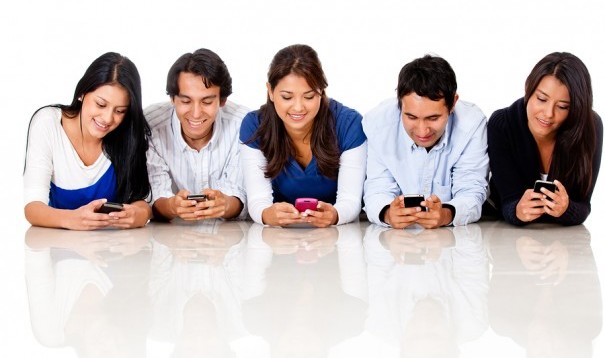 The days of text only ads and billboards are a dying breed.

The response that I often receive to this is also the very same: “but why?”

Plain and simple, your audience is not there.

According to this article on Entrepreneur.com, a study done by the Pew Research Center stated that “71 percent of teens use Facebook, making it the most popular social networking platform among 13-17 year olds. Instagram is the second most popular (used by 52 percent), followed by Snapchat, Twitter and Google+.”

If this is true, why not spend all our social media advertising on Facebook? Here is why that is not a great way to target the millennial audience.

Where should we be spending our advertising money?

Millennials want their information fast. In areas where they can avoid wasting time, they will. Advertising spend would be much more valuable in Instagram and Snapchat rather than in traditional advertising spaces like magazines and newspapers.

This is not just unique to Millennials. Past generations have always wanted information faster and the precious commodity of time has not changed, so what’s the difference?

The difference now is that we are no longer limited by our resources to do so.

The true power of a 7-second vine is found in news jacking, like Samsung’s launch of its Galaxy Note 4, and the caption that you create for it. A vine isn’t so much the quality of the video that is being shown that is important, but rather the idea you are trying to convey.

Why is Vine effective with Millennials?

• It allows users to create videos by themselves fast
• Quick information, seven seconds or less
• Feedback and views allow viewers to see its virility
• Integrates with Twitter

Vine allows its customers to record, pause and record until the 7 second time frame is up. Much like a cartoon and advertisements of old, it resembles the flipbook models of writing on the edges of paper and flipping to create a quick-moving story. This also allows for a lot of humor in the posts when done right.

Here are some examples of how businesses use Vine to capture its millennial audience:

Lowe’s is a great example of how you implement the loop feature of Vine. You can see that both the lint and debris from the vacuum end up creating the dog in the end of the Vine, which allows users to continually watch without realizing they’ve watched it multiple times. This is a feature of Vine that is very under-utilized but when it is done properly, Millennials love to share it. You can see that Lowe’s vine has been looped over 327,000+ times.

Many millennials are cutting the cord on cable and even avoiding paying for pay-per-view fights because they know they can rely on friends to send them Vine’s. Take a look here at the Ronda Rousey & Holly Holm fight Vine. Again, it’s fast, informative and has the power to go viral. Three things the millennial audience loves. 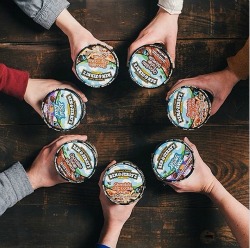 When Instagram announced that they were going to first integrate with Facebook, most questioned why it would not remain separate from another social media site. Their implementation of video and now advertisements have made Instagram one of the best places to advertise currently. But why?

• It’s quick,
• It’s 15 seconds maximum per video
• Continual User Growth for both personal and business use

What better ideal location to find your millennial audience.

Here are some unique things that individual brands are doing with Instagram and the ways that this targets millennials better than other brands:

• A GIF or short video could have allowed for better brand recognition and exposure (i.e. Moving in a flavor at a time with an arm at a time)

Instagram CEO Kevin Systrom states “what advertisers should really latch onto is the fact that Instagram uses Facebook’s demographic data to serve up ads to the appropriate parties…Facebook helps us provide relevant ads to the users. You don’t want a 50-year-old male who is interested in autos seeing an ad for beauty-care products targeted at teens.”

The power of data, combined with advertising is a powerful tool that many have yet to un-tap on this platform. Visual content is the future of social media and the time to find a quality videographer for your business is now.

In an article by AdWeek, “70% of College Students Post to Snapchat Daily while only 46% post to Twitter daily and Facebook a mere 11%. So, as stated previously, Facebook is being used but it is not the future for digital marketers or for those wanting to capture a high volume of potential customers.

Why is Snapchat a powerful medium?

With over 5+ billion views on Snapchat each day, companies like ESPN, Mashable, Time, PEOPLE, CNN, Food Network, National Geographic among others have used this space to create engaging content.

Here are some examples of what brands are doing:

• Goldman Sachs using Snapchat Campus Story to recruit new employees
• Buzzfeed creating graphics to screenshot and send to friends
• CNN highlights a story to show what life is like when you make $7.50 an hour
• CNN shows a story conveying the hot topics including racism in interracial families
• Mashable using the power of lists to engage users in reading some User Generated Content (UGC)

What’s next for millennials?

It’s time to get with the UGC and use your customers to create effective and engaging content. After all, this is no longer a world of what you say about your brand. Your customers are now your spokespeople and advocates for your brand. Whether that is positive or negative remains in your hands as to how engaging you are with them.