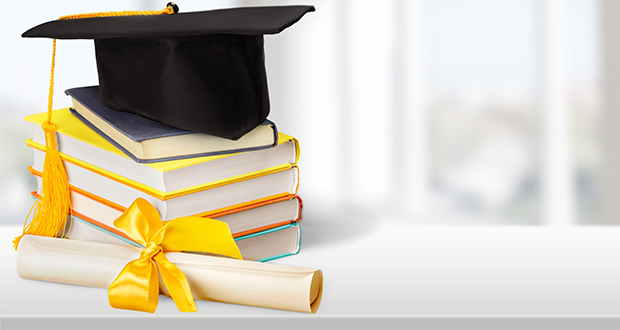 “A college graduate earns, on average, $1 million more than a high school graduate over their respective careers.”

You probably remember hearing this statistic from your parents, teachers, and high school guidance counselors. I remember it being the focal point of my high school’s strategy to get students to go on to college. Unfortunately, there’s some disturbing realities about the value of a college degree in today’s job market that high schools and colleges don’t want students to know about.

What Value Are Colleges Providing Their Clients?

According to research done by the Federal Reserve of New York, 44% of millennials with a Bachelor’s degree are working jobs which do not require a college degree. Also, according to a 2014 report by U.S. News, the average student finishes their Bachelor’s degree with $30,000 in debt.

While this 44% underemployment rate is disturbing, at least these graduates have a job. According to NewsWeek, 40% of the millions of unemployed Americans are millennials. 13.8% of 18 to 29 year olds were unemployed at the time the article was published, compared to the general unemployment rate of 5.4%.

While it’s easy to point to the 2008 recession as the problem, the issue actually goes back to to the turn of the millennium. Between 2000 and 2012, the employment rate for young graduates dropped from 84% to 72%. Over that same time period the average price of a four-year public college jumped 32% (NewsWeek).

In other words:colleges became MORE expensive yet LESS efficient at preparing their graduates for the job market: Why?

The Problem is the Colleges, Not The Graduates

There’s some rumblings among hiring managers of major companies that millennials are lacking in the “soft skills” requiring to succeed in the workplace. They also complain of poor writing skills. If there is one skill you should get from the thousands you spend on college, it’s the ability to write. The problem is jobs aren’t asking for 20 page analytical papers.

Colleges aren’t teaching students how to write in the real-world, and this is just one of the many examples of the disconnect between what’s taught in Academia and what’s required to succeed in that field in the real-world.

Problem # 1: Money is the Driving Force Behind All Colleges

If you take a look at most colleges around the country over the last 5 years, several campuses have built new dorm buildings. The reason colleges love investing in dorm buildings is they see the direct return on investment in terms of more students paying tuition.

Why would a college invest money in creating a top-notch career development center that helps students actually get more than a really expensive paper out of their time at college? There’s no monetary return on investment.

The only ROI would be the satisfaction of helping a loyal client (graduate) succeed in life. If colleges really cared about what happens to their graduates once they’re off the books, then career development is where they would invest.

Imagine that a certified job coach called you once a month after graduation instead of a work-study student hounding you for donations?

When one questions a career counseling center on campus regarding inefficiencies, the blame is shifted to the students. A typical response is

It’s a popular scapegoat to blame the “lazy millennial” archetype, but the reality is the career center doesn’t have a strategy that

A. Attracts students
B. Helps them choose a career
C. Gets them started on that career path upon graduation.

As a college student, what is my incentive to make time to go to the college career center in my already packed schedule when I haven’t heard virtually any of my peers tell me about how much it helped them?

A 2013 study by Gallup shows that 70% of people are unhappy or disengaged at work. So say your campus has 10 career Counselors: 7 of them are just there for the paycheck and don’t give a damn if you ever find a job.

How Millennials Can Take Control of Their Career Prep

● Your Campus Career Center. Although this article hasn’t been too kind to campus career centers, there are some campuses who are doing some things right. Go to your campus career center and get some information to feel out where your school’s career center sits on the spectrum.
● Respected Career Blogs. There are dozens of excellent publications on the blogosphere that give career advice specifically geared towards millennials. These blogs are filled with advice that Millennials have actually used to get a job in today’s job market. The communities of these blogs also offer excellent networking opportunities.

● Hire A Career Coach. In today’s ultra-competitive job market, savvy millennials are investing in a career coach to get themselves where they want to be. You can search “career coaches” on Twitter and start interacting with them for free. Reach out to the one you build the best relationship with and set up an initial appointment. It’s the more expensive option out of the three ( the other two being free), but as in sports or music, the right coach can make magic happen in your career.

How was your Campus Career Center? Did they actually help you find a job? I’d love to hear your stories, good or bad, over on Twitter! (@BPucino)