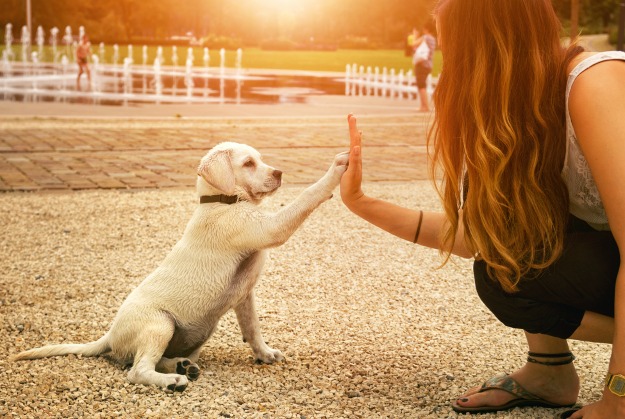 Did you know: 43% of new hires fail within the first 18 months on the job. And, when new hires fail, it usually has nothing to do with their hard skills. In fact, 89% of the time, it’s because of “fit,” culture or attitude problems. Culture fit has never been more important than it is today, and hiring managers are asking: how can I tell if someone I’ve just met is right for my organization?

Companies are bending over backwards to find new hires who will successfully join their family for the long run. Often, what that means in practice is that a hiring manager will take a deeper look at a candidate’s “soft skills” – things like leadership, creativity, trustworthiness, and logic.

At BULLIT, we’re tired of this nonsense. We’d like to give you the opportunity to create a resume for your personality. This means showing the REAL person behind all the qualifications and technical skills. It’s your personality and the winning attitude you bring to work every day that deserves credit.

With that in mind, here are just some of the ways we’ve heard of organizations putting interviewees through the ringer to uncover what they’re truly like to work with. If you’re faced with one of these tests, try offering your recruiter your BULLIT profile, and see how much easier your life will be.

Places like Apple, Amazon, and Google are notorious for asking tricky interview questions. The Muse has compiled an excellent list of some of the more outrageous interview questions, including Trader Joe’s (What do you think of garden gnomes?) and American Heart Association (What is the color of money?). If these are making you groan internally…you’re not alone.

Richard Branson is a legend for many reasons, and one of those reasons is for putting personality first in the hiring process. Allegedly, he’s developed his own signature test for interviewees that many people miss entirely:

“Picture this: Richard Branson flies a group of job candidates to his house for an interview. He has an 85-year old taxi driver pick them up at the airport. After the taxi driver unloads the bags at the house, everyone sits down. Branson pulls off his mask. He was the taxi driver all along. Some passengers had been rude, not knowing who he was. Others had even mocked him. No one got the job. (True story folks.)”

We’ve heard variations of this test that include drafting waiters, hotel staff, cleaning staff, and receptionists to act as foils for an interview candidate’s bad behavior. Be nice to everyone!

Whatever is going on at Zappos

Zappos has always walked to the beat of their own drum, and the way they approach hiring is no different. Generally, there are four strategies the company uses during their interview process (!) that focus on uncovering a candidate’s “true” personality.

One such technique? The so-called Social Test brings an interviewee into a social setting, which “usually involves attending some type of department or company event enabling the employees who are not interviewing to meet the prospective employee informally.” It’s more like a hang out than an interview, and can involve anything from vodka shots to Top Golf.

Zappos also asks new hires to spend four weeks working the customer service phone lines to be sure that each employee is 100% dedicated to the mission of the company. They can afford to include erectile dysfunction drugs in their staff health insurance. But the ultimate test that Zappos uses is an interesting one: “The company offers employees $3,000 to leave the company…If candidates haven’t become Zappos insiders, committed to the values and culture, then the company really prefers that they leave. There is however one stipulation – take the money and you can never come back.”

Amazon is already building quite the reputation for being a tough place to work, but this interview technique is scary to say the least. Within the company, Amazon designates certain people to act as “bar raisers,” which means that in addition to their regular duties, some employees spend time each week interviewing potential job candidates for positions in other parts of the company:

“Excluding warehouse workers, each prospective employee goes through five bar raiser interviews that take two to three hours each. And if even one of the bar raisers has an objection to Amazon hiring the candidate, they can simply veto the application.

In addition to making sure every hire fits in with the company’s culture, the bar raiser program smartly prevents a manager from hiring the wrong person because there is an opening that needs to be filled. Since the bar raisers come from other parts of the company, they have less pressure to hire someone quickly.”

The core concept here is that a bar raiser is not evaluating an interviewee on their technical skills, since they’re from a different part of the company with a different skill set. Rather, here’s where your soft skills would need to come into play: if you’re going to be impressive, you’ll rely on your smarts and charisma, rather than a list of your qualifications to make a good impression. Yikes.

There’s a better way to show your personality during a job search. Check out BULLIT and avoid having to jump through hoops to prove your worth! Our platform’s anonymity, soft skills rating system, and ability to curate a resume specific to your social skills is what makes BULLIT the only way to cut through the noise and start hiring faster and smarter. Join today!