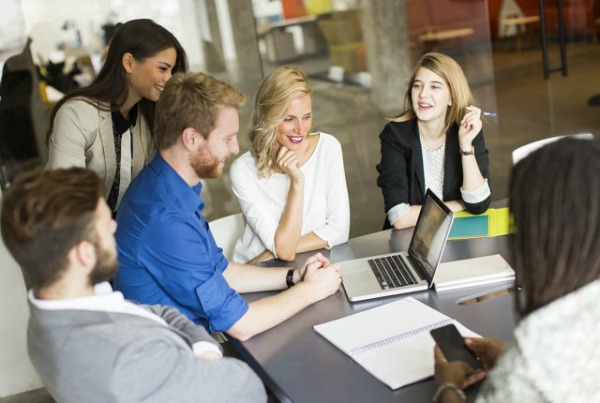 If you spoke to any millennial today and asked them to define the term that they are so universally known as they would no doubt reel off a list of negative stereotypical traits that the media has set (and by media, I mean older generations). We all know the ones; we’ve heard them a thousand times.

I won’t repeat them because frankly we’re sick of it. They are the very reason why 73% of us do not identify with the term and why nearly 70% of us do not like being called a ‘millennial’. But these are just generalizations, and that’s just it, you cannot fit 83 million people into one box (and that’s just the amount of millennials in the U.S).

As generalizations go, ‘a millennial’ is a pretty broad one. So, if everyone else is going to make quips and comments that are wrongly defining societies perception of us, I will offer a rebuttal of counter-positives, which will prove that, actually, millennials are pretty darn great.

Dubbed as “millennipreneurs” (a name I’m sure would lure more of us to identify with the term) – we’re doing it earlier, we’re doing it bigger, and we’re doing more of it, our own company that is. Fortune says “millennials are discovering entrepreneurship significantly earlier than boomers did.” Seeking success from a younger age isn’t spurred by technology alone, we now live in a world that accepts you can be CEO of your own company whenever you want.

2. We’re not afraid to fail

Striving for our own companies comes with its hardships. Richard Branson said in his How I Built This interview, “you’re not pushing the limits if everything you do turns to gold”. In other words, failure is good and millennials are not only becoming more accepting of it but realising, due to social media going full circle on the honesty scale, that not everyone has it together all the time.

We have loud opinions, and we’re not afraid to voice them. Being brought up alongside our friend ‘the internet’ we have always had the option to make our thoughts public. So it is now, when our lives are reaching pivotal decisions that we’re listening and reacting towards politics and making sure everyone knows exactly how we feel about them.

We’re living with our parents well into our twenties, lowering the barricades of gender and relationship stereotypes, covering ourselves in tattoos and we’re making it OK to do all of these things. For us, you can be whoever you want to be and no one will tell us otherwise. Taboos are a thing of the past.

CNBC writes ‘a study by Harris Group found that 72% of millennials prefer to spend more money on experiences than on material things.’ We’d rather have an interesting story under our belt than, well, a new belt. Yes, this means that more stores are closing, but it’s inspiring start-up ideas and pushing existing businesses to think of innovative ways to market to us.

Our experiences sometimes may be all in the name of a few Instagram likes, but it means we’re being encouraged to get out there and try things instead of racking up loads of ‘stuff’.

Our move away from consumerism has made us the most environmentally conscious generation. We’re concerned about the world’s future, support new ways to generate energy and are consciously changing our lifestyles to reduce waste. There’s a rising trend in millennials buying into (or rather de-cluttering for) the minimalist trend, and Forbes says we ‘favour products marketed as ethical, sustainable and environmentally friendly’, which, all in all, is great for sustainable development.

We’re the most diverse and educated generation, which, as TIME says means we’re “more accepting of homosexuality, interracial marriage and immigration.” This means individualism and difference is being celebrated, not shunned. We’re making minorities heard and want to help everyone have a voice.

75 million of us are in debt, but being the technically savvy lot that we are we’ve become well versed to the money-saving websites and apps at our fingertips. When we finally get back in the green we’ll be able to make our money last longer and go further.

9. We know how to hustle

For our sins, but our short attention spans are propelling us to consistently stay entertained, and that means going beyond bog-standard hobbies. We have worked out that our passions could make us money and ‘we are rejecting the mainstream and building our own mainstream out of our passions.’

‘21% of CFOs say millennials are more creative and innovative than other workers’.

In a sea of familiarity, we have to find ways to stand out. It’s this that has trained us to be creative in life and work. You can’t buy creativity, which makes creative thinkers invaluable.

This list is not comprehensive, not even close. The older we get, the more established we become in society and the more our characteristics will grow and change. And these are only true for a percentage of millennials. Some live up to the negative stereotypes, some beat to the sound of their own drum, most are an amalgamation of them all. Bottom line, despite what everyone thinks, we’re not all bad. Inquisitr puts it best: ‘the new generation would like to make their mark without being associated to a simple term that rarely ever defines who they are and what they do.’