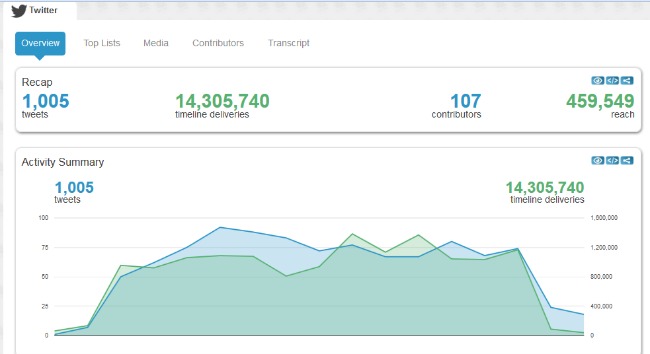 For our last #MillennialTalk, we focused on “How to Maximize Your Linkedin.”

This week,  Millennials had a really fascinating look at what is emerging in Wearable Technology and where the trends are heading with 2 experts in the digital space, Simon Pearce @SimonPearceLive and Mary Elise Chavez @MaryEliseChavez.

Below is a short recap of our chat on Wearable Technology and Trends.

Q1.  Why are people so excited about wearable technologies right now?

@SimonPearceLive  One way wearable tech will make people’s lives better (I hope) is by ending what I call the “tyranny of the screen. The average person touches their smartphone 130+ times per day; wearable tech can remake the user interface. Creative minds in technology should focus on solving problems. Not just make interfaces http://ow.ly/AL0wq

Q3.  Is it true that some wearable technology can help fight addiction?

Q4. What are some specific examples things happening now with wearable technology?

Q5.  How will future wearable technologies be different from the wristbands and smart watches out now.

A5.  @SimonPearceLive  Whenever a new tech paradigm comes along, it starts off trying to improve on the last paradigm; then it transcends it.  I think that smart watches in particular are still grounded in the paradigm of the screen and the smartphone.  Future wearable technology will be grounded in it’s own native language, probably involving haptic feedback. Wearables themselves will be learning devices: and the better they “get us” the fewer screens we’ll have to swipe. There WILL be implantable devices. My dog #rocksythepup already has one!

Q6.  Why should brand marketers care about wearables?

A6.  @SimonPearceLive  1 think that brand marketers should be both excited and terrified by #wearabletech at the same time. Long term, #wearabletech potentially eliminates the screen from the customer which could be tough for advertisers. I think that #wearabletech, like all tech, will want to be invisible over time, which is why fashion’s getting involved. Tech wants to be invisible over time. Home Motor anyone? Didn’t think so, it’s gone invisible!  http://ow.ly/AL2cD The mistake of Google Glass: Wearable tech is not about making your technology more visible, but less so. So to answer question 6! Marketers will be not asked but FORCED to engage rather than interrupt #deathofthescreen.

Q7.  How will wearables change what’s going on with other existing and emerging technologies?

The Internet of Things movement has & will continue to flood the tech landscape, reaching our homes, offices and selves. It’s not a/b where the tech fits in, it’s what are you designing and how does technology enhance or improve it? In early product dev, it’s a/b having the tools for experimentation – like social product labs @TechShop @Quirky

@SimonPearceLive  When people say that “wearable tech erodes privacy and freedom” they often cite “big brother” watching them.  In the “we are all tracked” scenario I think the main problem to be solved is not with the tech, but with “big brother”. Tech is destroying privacy – can’t be reversed, so if governments abuse this their own people will punish them for it. Tony Benn once said “In America people are afraid of the government; in France the government are afraid of the people”.

Q9.  If you were to purchase your first piece of wearable technology what would it be?

@MaryEliseChavez  I’ve yet to have a wearable I love – I want more than fuzzy stats, it must be well-designed & functionally sound. Contextual product experiences are most valuable – I’d love this wearable cocktail > @getnarrative + GPS + activity. AND voice recording so I could create mini travel journals. This could appeal travel-lovers and memory hounds.  I’d also love to see a collab b/w Apple & Phillip Lim or Alex Wang, designers that understand purposeful minimalism.

Q10.  What are some wearable techy toys are coming out soon?

@MaryEliseChavez  Minimalism is here – @martiannotifier supports Android & iOS, and focuses on wearable alerts in a minimalistic shell.  Also, @Misfit fitness tracker works w/ many wearables, has long-lasting battery life but is specific to iOS. Fashion industry is in early stage of solving for wearables, the perfect form+function fusion has yet to be released.  Here’s a cheeky execution of haptic feedback wearables @BillieWhouse’s Fundawear, http://bit.ly/fundawears But the Apple watch will have to be competitive with Android watch players, Samsung, Motorola and LG.

Would love to hear what wearable trends you have purchased and your opinions on what you like, dislike about the current trends.

Next week, September 2 at 8 pm EST on #MillennialTalk, we are speaking to Lindsey Pollak, Millennial Workplace Expert and  Author of “Becoming the Boss: New Rules for the Next Generation of Leaders.”  Make sure to mark your calendar and join us:)