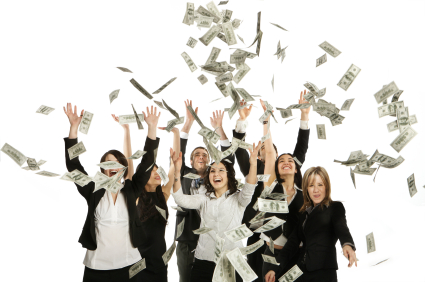 “Put your money where your mouth is.”

There is nothing truer for a candidate or potential candidate than these two phrases. Political campaigns, even at the nomination or local level, are very expensive. When someone first considers running for public office, two things need to be determined, which are the deciding factors:

A professionally run campaign needs branding, a website, printed materials, lawn signs, phones, a campaign office (rent, utilities, internet, furniture, supplies), polling, advertising – and this is just scratching the surface. Not to mention trying to budget without knowing how much you’ll fundraise. The smallest campaign can easily run into several tens of thousands of dollars, and as the digital world progresses, the more complex a campaign becomes in terms of what it takes to run a competitive campaign. It takes a lot of money for voters to pay attention and remember you, and typically the campaign that spends the most money wins.

Say you’re thinking of running in your community. You don’t need to be the most well-known individual, but you do need to either have an existing base of support from people who know who you are and are willing to volunteer and do outreach on your behalf, have an existing base of support for the issues and values you represent, or both of these. Everyone wants to back the winning horse. The strength of your ability to fundraise communicates your credibility as someone who has buy-in, influence, and can therefore represent the needs of your constituents.

Millennials are not yet habitual voters, and even less likely to donate to political parties or candidates, though we freely donate to other causes. While there is there valid concern over the negative influence of money in politics, there is another side. Say all corporate, union, and special interest organization donations were now banned. Who is going to fund parties and candidates, and to the level that is required to run a strong, professional campaign to earn your vote, win, and be able to represent you?

It is crucial for Millennials to understand the necessity and impact individual donations have. First, you’re demonstrating your commitment to supporting a candidate in both of the aspects they need to win. Second, if you gave $5 a month and thousands of others did the same, you may not personally feel that $5, but it quickly, and crucially, adds up for a candidate. Many hands make light work. If you are against the idea of corporations, unions, or special interests funding politics, then you need to be willing to financially support the candidate who is receiving your vote. Otherwise, candidates have no other choice. For example, Obama is credited with having raised millions of dollars from donations of $200 or less.

Candidates also need to consider who they are running against. Incumbents running for re-election *should* win their seat – if they’ve done their job, which is representing the voices and needs of the community. The advantage of incumbency is a head start in terms of name recognition, reputation and the ability to fundraise, which means a new candidate needs extra horse power to overcome this advantage. If we aren’t happy with the politicians currently in office, political change can’t happen until we support it.

Where I live, 90% of businesses in Alberta are small businesses run by local entrepreneurs. Those entrepreneurs, as Albertans, face the same issues as the rest of the populace, such as healthcare, education, and infrastructure. As business owners, they also face issues unique to their business, which drive an economy that supports a quality of life for everyone within and beyond Alberta’s borders. What is the role of the organizations who represent the interests of these local business owners? There are many players, all with an important role in our democracy, who deserve a voice. Sometimes this voice comes in the form of money toward an individual or cause that supports their needs and goals.

This year, Canada’s federal election is expected to cost $375 million, up 28% from the 2011 election. Approaching the 2016 U.S. Presidential election, think back to the $7 billion spent in the 2012 election – a combination of spending by the candidates, parties, and Super PACs. The cost of elections continue to increase. Do you think that those who benefit by existing campaign finance laws are going to reform them, potentially to their personal disadvantage?

If we are going to encourage Millennials to run for public office – and we need this representation – then we need to individually support those candidates. The grassroots will gain influence in politics if it’s our own money transparently funding the system. Votes count, but money talks.