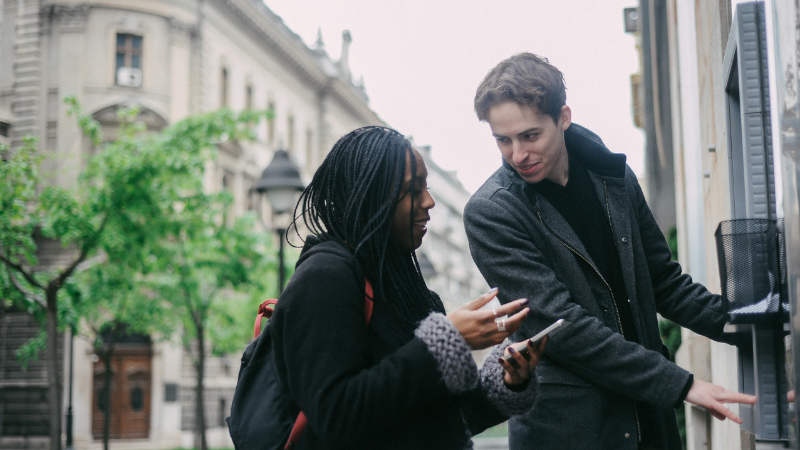 The idea of the nuclear family was first established in the 1950s as the Baby Boomer generation was growing. You can probably paint a picture of what that looked like based on everything from books to TV shows from that era.

This idealistic family lifestyle has been a part of the “American Dream” for years, but things are starting to shift. The Millennial generation is turning the idea of the nuclear family on its head by approaching family life differently than previous generations. More than 4 in 10 Millennials don’t live with a family of their own, and as of 2019, only 44% of Millennials were married. Compare that to 61% of Boomers, and you can see how things are changing.

So, exactly how are Millennials shattering nuclear family expectations? Are the days of Leave it to Beaver officially in the past in favor of a lifestyle more like Friends? For this generation, the “pivot” is very real.

Changing the Timeline of Marriage

One of the biggest changes from Boomers to Millennials is the age at which they get married. Millennials are getting married later in life, focusing on things like their education and career beforehand.

Millennials are also changing marriage because they’re afraid of divorce. While the divorce rate isn’t quite at 50% in the U.S., most divorces occur within the first seven years of marriage, according to one couples’ therapist. So, it’s not uncommon for Millennials to date one person for a long time or even live with a partner without getting married. They take the time to get to know who they’re with while working toward their own life goals and financial securities. Some Millennials choose not to get married at all and instead cohabitate with their partner. Some of the advantages of that choice include:

● Not paying for an expensive wedding

As a Millennial, it’s still your choice whether to get married, but social norms are changing and the pressure to marry at a young age is something of the past. People (including couples) can still accomplish their goals as individuals and together without having a piece of paper to do it.

One of those goals might eventually be starting a family. But, Millennials are changing the game there, too. While more than half of Millennial women have given birth, they’ve been older than previous generations. Many couples are choosing to have kids later for the same reasons they’re holding off on marriage; financial stability, how it will affect their work-life balance, and how it might impact their relationship.

Some of the stigmas surrounding having kids have also changed because of this generation. Millennials tend to be major advocates of mental health. Because of that, conditions like postpartum depression are becoming more normalized. Instead of treating a woman with PPD like something is wrong with her, this generation is more likely to reach out to help new moms by offering to bring over something to eat, do a load of laundry or that new mom, or offer a listening ear.

Many Millennials are choosing not to have kids at all. A 2020 survey found that the Millennial generation represented the biggest share of pet owners in the U.S. (31%). It’s not uncommon for this generation to treat their pets like children, and very much like family. It’s one reason why the pet industry saw a record year in 2020 with everything from toys to food. Veterinary care is also hugely important to Millennial pet owners, boosting the prominence of things like pet insurance to cover basic vet bills and emergency services.

While the Baby Boomer generation changed the idea of what a family represents in this country, it’s clear that we’re going through another major shift, and the definition might change again thanks to Millennials. Nuclear family expectations are changing, and it will be interesting to see how the next generation carries on these trends.

Ainsley Lawrence is a freelance writer with an interest in topics related to how education, business, and technology intersect with the personal. She enjoys travelling to beautiful places and learning more about her cultural and environmental surroundings. You can connect with Ainsley on Twitter and Contently.