How Millennials Are Reshaping Retail in Time for the Holidays 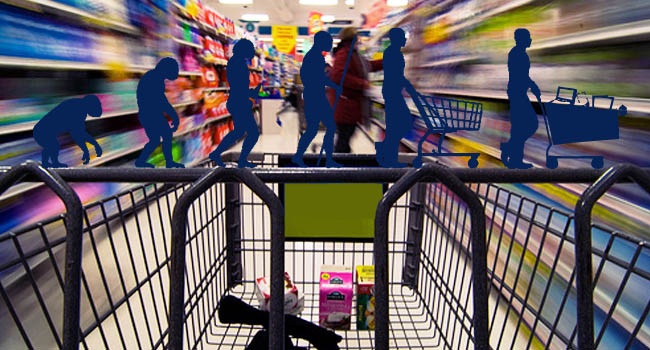 Millennials are a tough nut to crack when it comes to shopping, and the retail industry has commissioned numerous studies in hopes of defining us. Why the emphasis on our age group? Within the next 10 years, millennials (ages 18 to 34) will dethrone baby boomers as the largest consumer group. By 2020, our spending power is projected to be $1.4 trillion.

In previous generations, retailers created brand loyalty with their customers and could count on repeat business to help them through the holidays. With millennials, however, brand loyalty is hard to come by; we’re the least trusting generation, according to Pew Research, and our loyalty must be earned during each transaction.

It’s not just our lack of trust that’s creating a challenge; here are several other ways millennials are reshaping retail, just in time for the holidays.

According to a study conducted by RichRelevance, a data personalization firm, millennials are the least annoyed by Christmas Creep compared to other age groups. While nearly three quarters of Americans (71 percent) aren’t a fan of holiday encroachment on fall festivities, “only” 59 percent of millennials share the annoyance. Apparently we’re not as bothered by holiday items sharing shelf space with Halloween costumes, nor do we mind seeing Christmas commercials in September. Retailers have converted us by way of attrition, since we’ve grown up watching the holiday season start earlier and earlier each year.

…but millennials will shop later.

The presence of holiday promotions early in the season does not drive millennials to start shopping. A September study of 25,000 households conducted by Nielsen found millennials will put off holiday shopping later than other age groups. This is likely because we know the holiday season is deal-heavy, whether at the beginning of the October or during the week of Christmas. Sales targeted at procrastinating shoppers, like December 18th’s Free Shipping Day, are well received by our relaxed group.

Spending is up, with millennials leading the way…

Estimates about holiday spending are all over the news, with a general feeling that it will increase this year compared to last. Both Deloitte LLC and the National Retail Federation (NRF) expect an average increase of between 4 and 4.5 percent. CFI Group, a customer feedback consulting firm, estimates a 5 percent increase in spending, with millennials leading the way. According to their 2014 Holiday Retail Spending Report, nearly half (48 percent) of us are expected to spend more this holiday season, compared to just 17 percent of our friends and family 35 years and up.

…and they’re not afraid to pay more for a good cause.

It’s no secret that millennials are cause-oriented, with more than 63 percent of them donating to charity, according to a recent survey by Deloitte. It makes sense, then, that companies who offer an altruistic benefit get our attention (and our dollars). TOMS Shoes and Warby Parker are popular among millennials for their one-for-one programs, even though we can find a pair of boat shoes or trendy frames for much less elsewhere. The importance of do-good companies to millennials is getting noticed by the likes of Target: The big-box store is teaming up with TOMS this holiday season to offer one-for-one gifts for men, women and kids.

Millennials turn to the Internet for much of their holiday shopping…

Online shopping is in the spotlight this season as retail experts predict it will be bigger than ever. The NRF estimates the average consumer will complete 44 percent of their holiday shopping online, the highest since the organization started asking the question back in 2006.

Of the 90 percent of shoppers PunchTab estimates will shop online this season, 58 percent will be millennials, representing (again) the highest of any other age group.

…and use social media to help them decide.

Close to half of Millennials surveyed in a study conducted by PunchTab will use some social media outlet as part of their overall shopping strategy. Among this group, 19 percent will consult Facebook to help them make decisions about gift selections, while 14 percent will turn to Pinterest and 7 percent will head to Twitter. Our daily (hourly? by-the-minute?) use of social media is driving retailers to engage with us there. During the holiday season, we can expect exclusive offers, advanced notice of promotions and other announcements from the brands we follow.

The generation known for being glued to their phones isn’t just taking selfies.  The prevalence of smartphone and tablet usage among millennials has contributed substantially to the upward trend of mobile shopping. Software company Instart found 80 percent of us shop directly from our mobile devices, and nearly 70 percent of us will wait less than five seconds for a page to load. What does that mean for retailers? Creating a fast, intuitive and well-designed mobile experience is paramount to their bottom lines this holiday season and beyond.

…and they like a good deal as much as anybody.

While we have no problem paying more towards products produced by companies we believe in, we still love a good deal. This holiday season, 40 percent of millennials will be motivated by coupons and sales, compared to less than 30 percent of the rest of the population. With deals literally at our fingertips thanks to apps like Coupon Sherpa, ShopKick and RedLaser, there’s no sense (or cents!) in heading to checkout without a coupon.