Confessions of a Millennial: 5 Lies I Was Told in My 20s 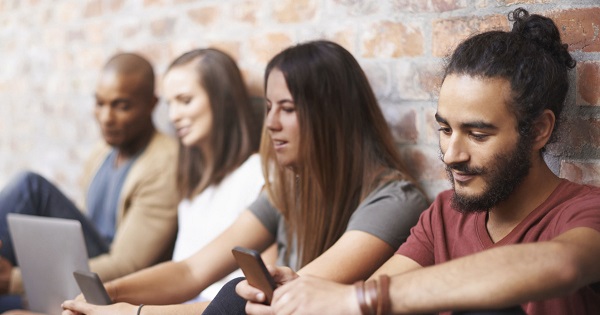 “It’s one of my theories that when people give you advice, they’re really just talking to themselves in the past.” -Steve Garguilo

It begins in high school. We start getting advice from all directions about preparing for college applications. As we graduate, we are gifted cliche-ridden books which fail to help us prepare for the white-water rapids of change that lie ahead. And if this isn’t bad enough, we receive well-meaning advice about how to be an adult.

I reflected recently on the bad advice I received in my twenties. The problem with what I was told was not its inaccuracy, but its partial accuracy. Some of the worst advice is partially true. Now that I’m 31, I can look back and see a fuller picture of what good-intentioned friends were trying to share.

Here are the 5 lies I was told as a twenty-something.

1. “Get a mentor.”
Everyone told me I needed a mentor. “My mentor said” was a comment a lot of people used as they began their careers. It was almost like a badge of honor to have someone authoritative speaking into your life. My experience was different in that I had more than one mentor. Jeff taught me how to organize and lead people. Maxie taught me how to integrate my faith and my intellect. David taught to me to be patient and persistent in a legacy organization. Those were just the mentors I met in person. From a distance, I was mentored by Seth Godin, Dallas Willard, Patrick Lencioni, Henri Nouwen, Andy Stanley, and Jeff Goins.

The truth is you don’t need a mentor; you need lots of mentors! In your twenties, you can go further faster if you learn from and listen to everyone you meet.

2. “Buy a house.”
I got married in 2008. As my wife and I got engaged in January that year, everyone told us to buy a house. However, we had over $200,000 in student loans, credit card debt, a car loan and a personal loan. We had our mortgage. We moved into a one-bedroom apartment without a washing machine or dishwasher. Months later, the housing market collapsed and many of our friends were foreclosing and short-selling their homes.

No matter what others are saying, don’t be greedy. Be intentional. I love how Dave Ramsey puts it in his book, Total Money Makeover. “If you live like no else, later you can live no else.” We can set the foundation for our future in our 20s by making the best choices for us, not everyone else.

3. “Network! Network! Network!”
Just writing the word “network” feels a bit sleazy. Have you ever been to a networking event? It can feel like a bunch of people pretending to be interested in one another, while paying attention to everyone in the room except for the person with whom they’re actually speaking. Ultimately, I think more experienced people want us to see the value of relationships. While having other people aware of you is good, real relationships matter more. In his book, Do Over, Jon Acuff reminds us “during Career Bumps, relationships will be the safety net that catches you.”

Build genuine friendship with people who are further ahead than you by serving them and listening to their experience. You’ll take home much more than a stack of business cards!

4. “It’s okay – you’re young. It doesn’t matter what you do!”
My friend Paul Angone is a genius and a Millennial expert. I was listening to a recent interview where Paul talked about the importance of using your twenties as a time to explore and discover your unique calling. He calls it your Signature Sauce. While I agree with Paul, I watched my peers get a free pass to experiment and (seemingly) waste this decade of their lives “figuring things out.” They started their 30s worse than they began their 20s.

In my twenties, I became a workaholic without boundaries. The way I did life as a full-time grad student working a nearly full-time job and then working 3 jobs after graduation made me very unhealthy. My daily ration included a Venti Iced Coffee in the morning and a Rock Star Energy Drink during the afternoon. On a bad day, I took another caffeine hit in the evening. The habits I picked up in my 20s have been hard to break.

This decade of life is a time for experimenting and exploring. Beware, though, the habits you build that are harder to quit than a bad hairstyle!

5. “Work on finding balance.”
I’ll just come and say it – balance is a myth! I was told to work on balance in my 20s and frankly, I found balance to be like a unicorn. Balance was a mythical creature that has never been relentlessly pursued but never experienced. The more and more I realized how little I controlled in life, the more frustrated I became with the mirage of balance.

Instead, I began to focus on rhythms. Like a song which has a verse, chorus, second verse, chorus, bridge and chorus, I realized that my life had rhythms. I had times where I needed to push really hard at work. But then I had to be as present in my rest as I was in my work. My wife didn’t mind me checking my phone at work, but at dinner, she’d steal my iPhone in a nanosecond.

With smart phones and freelancing, it’s easy to see the old-fashioned time card go the way of dial-up internet. But when I didn’t look up from our work regularly, we often found ourselves more isolated than we expected. Real friendships take more work than responding to direct messages and SnapChats.

We’re living in a brand new world, with unprecedented opportunities. As millennial leaders, we get to lead and solve interesting problems. The advice of those who’ve gone before us is helpful, but we must remember to leave room for even their best wisdom to only partially prepare us for new frontiers.

May we go further faster because we mined the wisdom of our mentors and learned from our experiences too.