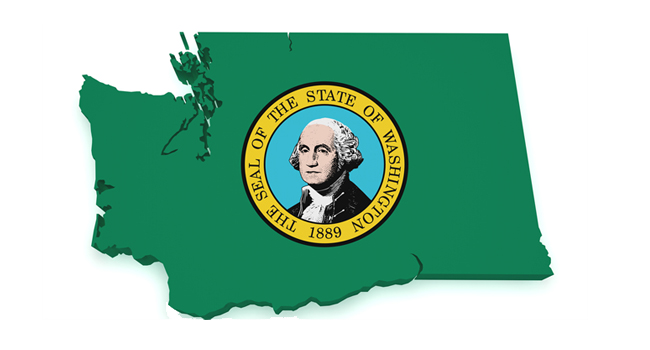 In 2013, voters in Colorado and Washington passed initiatives at the polls to legalize marijuana. Residents of these states can now buy and use marijuana for recreational use.

Before you break out the Tommy Chong bong, remember that recreational use of marijuana is still illegal under federal law, and many companies still have draconian anti-drug policies.

The US government considers marijuana a Schedule I controlled substance. That means it’s illegal, on a national level, to manufacture, possess, use, or sell cannabis in any quantity.

States that legalized marijuana for recreational and medicinal purposes established their own regulatory policies and guidelines around the sale and use of the substance. And in 2009, the US Department of Justice advised against federal agents attempting to prosecute those following state regulations.

Legalization of marijuana for recreational use in certain states created a complicated situation. Everyone must now navigate a confusing legal landscape — especially when it comes to employees and employers.

What Legalization Means for Job Seekers (and Current Employees)

The federal government is unlikely to prosecute those legally using marijuana under their state’s regulations. Possessing no more than one ounce of marijuana and using it for recreational purposes in private is perfectly legal in Colorado and Washington.

But what about employees working for companies who have a no tolerance drug policy?

What about job seekers subjected to drug tests before hiring?

Traces of the active compound in marijuana (THC) can stay in a user’s system for up to six weeks after use. And there are no definitive tests or ways to tell if someone is under the influence of the substance at a point in time. Drug tests only show whether certain chemicals are present in the body.

An employee in Denver can legally use cannabis off the clock, outside of work, in a private home. But if he tests positive on a drug test weeks after, he could still face disciplinary action from his employer.

Or a potential hire can fail to pass a drug test — and miss out on his dream job — for the same reason.

As both a job seeker and a current employee, you’re taking a risk by smoking. Even if your state says it’s legal.

What Rights Do Weed Enthusiast Employees and Job Seekers Have?

As the law currently stands, no protection exists for those subject to drug testing from their employers.

You may think you have the right to use marijuana because doing so is legal according to the state. But legal cases have ruled in favor of employers when past employees have sued over wrongful termination.

You can legally use marijuana in your home and in your free time, but your company’s policy can still consider it unacceptable. And businesses are allowed to make their own decisions about the substance use of their staff.

That’s because in the US, private companies and employers often have the right to dismiss employees for any reason (called ‘at-will’ employment).

Job seekers can use marijuana without breaking the law in some states. But it’s unlikely they’ll have any recourse in the courts if they face professional consequences for doing so.

Take the oft-cited case of Brandon Coats. Coats sued DISH Network when the company fired him from his position after he failed a drug test. He was never accused of being under the influence while on the job, but he did use marijuana for legitimate medicinal purposes.

Doing so was legal in Colorado at the time. Coats did not break any state laws.

It didn’t matter. Coats lost his case, and the ruling in favor of DISH was upheld after he appealed the initial decision.

Will Legalized Marijuana Jeopardize Your Career?

The short answer – It definitely could.

The long answer – it depends on where you live, the company you work for, and the harshness of their anti-drug policies. It’s your responsibility to understand your state’s marijuana laws — and your employer’s drug policy.

Employees and job seekers will need to make their own decisions when it comes to using marijuana in states that have deemed it legal to do so.

If you’re in the middle of a job search and an active user of marijuana, it may be wise to pass on smoking for a few weeks. Failing a drug test usually means not getting the job.

Once you’re hired, be sure you understand your new company’s stance on both medicinal and recreational use of marijuana.

Your state’s laws may say one thing. But when your employer’s policy regarding use of marijuana says differently, understand that you may face professional consequences.

Remember, there are no legal protections for marijuana users — even if you’re not breaking the law, or showing up to work high.

One thought on “Pot or Not – Could Legal Marijuana Use Sink Your Career?”