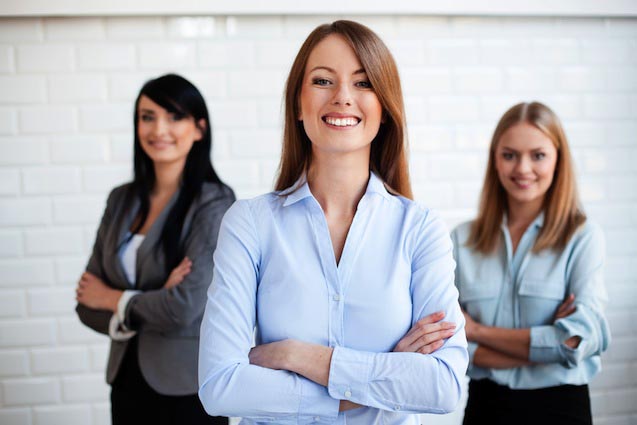 Once, twice, three times a leader

“There’s a lot of noise out there,” Kelly said. “It’s all about standing out from the rest.”

The social media strategist, speaker and author also founded her third business, Women’s Inspire Network, “a group of dynamic, women in business who get things done.”

Kelly sets the pace and advises companies on leadership, drawing from her well-earned success.

“Having built a loyal following of over 52,000 by engaging and interacting on Twitter as my own campaign manager, I have a deep knowledge and understanding of how to harness the power of social media and make it work for business,” she said. “I started from scratch and went from kitchen table business to digital influencer, all thanks to the magic of Twitter.”

Top leaders inspire their team, taking them to heights they never thought possible.

“A great leader encourages others to become leaders,” Kelly said. “This is a person who has empathy, kindness and listens.

“The best leaders are people who don’t have resentments, lift others up and encourage others to do well,” she said. “They share their knowledge and assist others.

Krost gave these characteristics of a great leader:

A majority that trails behind

Women are 50.8 percent of the U.S. population and earn more than 57 percent of undergraduate degrees. Yet, they still lag in leadership roles in business.

“Women who are already leaders and are already owning the boardroom need to encourage change and be brave,” Kelly said. “When you lead the way, others will follow. This means supporting other women. Yes. Simple.

“Female entrepreneurs are rarely mentioned as being the owners of the boardroom, but they are,” she said. “Us business owners can influence others by sharing our message and supporting each other.”

This is one way to use the power of social media for good.

“Attracting and developing more women leaders requires company-wide change, which comes from the top of the corporate ladder,” Krost said. “Stop the cycle of women being defined and stuck in certain jobs historically female such as communication, human resources and support roles.”

Women are paid less than men and less often considered for leadership roles. They are considered the weaker sex by those who never went into labor.

“The reasons we are considered weaker are rooted deep in our society and go back generations,” Krost said. “There is still so much work to be done.

What about equal pay for equal work? Do you need a graduate degree to succeed? Kelly and Krost tackle those issues and more here.

About The Author
Jim Katzaman is a manager at Largo Financial Services and worked in public affairs for the Air Force and federal government. You can connect with him on Twitter, Facebook and LinkedIn.