Using Rejection to Fuel Your Success 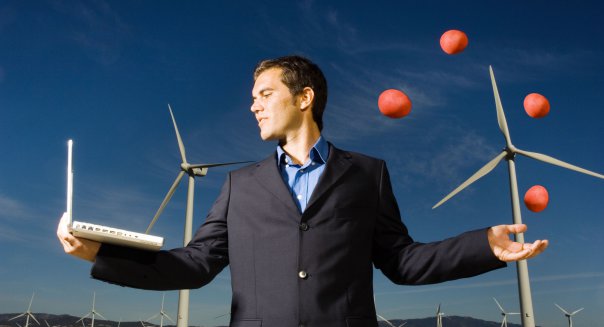 Rejection is a painful part of the human experience. In a social context, it can range from not receiving a party invitation to being abandoned by a lover or family member. In a professional setting, rejection can take varying forms, many of which I’ve experienced throughout my professional journey.

In fact, I credit much of my professional success to ways in which I have handled rejection. Despite the anxiety and disappointment it can provoke, there are ways to harness the mental and emotional energy triggered by an instance of rejection to reach career highs that might have been unattainable without that negative experience.

Whether you are a recent college graduate looking to launch your career or a seasoned leader in your field, rejection will follow you every step of the way, and the way you handle it will directly impact your overall career satisfaction and success.

Rejection During a Job Search

Simply put, my career started with rejection. During my senior year of college, I secured my dream internship with one of Philadelphia’s largest independent public relations agencies. I set a goal of using the opportunity to earn a full-time position at the conclusion of the internship. At the end of the internship, despite feeling confident about my efforts, I discovered that the firm decided not to offer me a position. I was devastated.

It was my first taste of career rejection, and it stirred up a gnarly cocktail of emotions: anger, confusion, sadness, frustration. However, I didn’t let it affect my pursuit of a full-time job. Instead, I bottled those emotions into one large chip on my shoulder, and I was more determined than ever to achieve professional success.

I advanced into a grueling job search. The economy was still healing from the economic collapse of 2008, so I found myself competing for entry-level PR positions with out-of-work, experienced professionals. I continued reaching out to the company I had interned for while conducting robust outreach for other PR positions.

After several months of searching, I expanded my search to positions outside of PR, and that is when I landed a gig with a financial services firm as a sales associate. Although I didn’t get my thought-to-be dream job, my position as a sales associate gave me the foundation to grow, and little did I know, it would introduce me to a whole new brand of rejection.

Rejection On the Job

In my newly earned sales position, I made hundreds of sales calls each week. And as you can imagine, rejection became a part of my everyday work life. This form of repeated rejection really changed the way I viewed failure.

I adopted the Michael Jordan approach. The legendary NBA star, in a Nike commercial, once said, “I’ve missed more than 9,000 shots in my career. I’ve lost almost 300 games. 26 times, I’ve been trusted to take the game winning shot and missed. I’ve failed over and over and over again in my life. And that is why I succeed.”

I would reflect on each misstep on the phone, learning from my mistakes and adjusting my approach accordingly. From that point on I was fearless on the phone, an acquired trait that has ignited a great deal of my success to date.

I was also determined to stand out from my peers, so I often came to work wearing a suit, tie and serious game face. I watched movies such as Boiler Room, Glengarry Glen Ross and The Pursuit of Happiness to absorb the grit and swagger demonstrated on the screen.

My efforts paid off, and three months after being hired I was promoted into a role that provided me with client communication and in-house public relations experience. It was that experience that led me to my next career stop.

More Rejection On the Job

After having the opportunity to conduct public relations as part of my job, I knew it was time to search for a position that would allow me to focus on PR full time. Despite the experience and success I earned at my first job, I took an entry-level position at a public relations firm in Greater New York City to finally break into the industry I wanted to join out of college.

Public relations is a fast paced, competitive field, and like sales, rejection is woven into the daily routine. Instead of being turned down by prospective clients, I found myself being regularly rejected or outright ignored by the journalists I was tasked with reaching out to.

Reporters are constantly bombarded by PR people, so as an ambitious professional determined to find success in the field, I searched for ways to make my pitches stand out from the rest. Off the clock I would spend countless hours reading books and watching videos on PR, persuasion, media and finance (the industry in which I served). I strived to work smarter than my colleagues and our competitors.

I also shifted my focus away from building lists and writing pitches, and instead concentrated on building relationships with my media counterparts. By building relationships and greatly reducing the number of cold pitches I was sending out, I was able to increase my results while decreasing instances of rejection. It not only drove in a level of results that lead to a prompt promotion only months into my time with the firm, but it made the work more enjoyable for me and the reporters I worked with. It’s the same approach that my team and I use to this day.

After overcoming countless instances of rejection, I had acquired the skills, experience and vision to pursue my career goal of launching my own independent public relations agency.

What if Steve Jobs had given up after being fired by his own company? As an entrepreneur, I can only imagine how devastating that experience must have been. Entrepreneurs and business owners dedicate an immense amount of time, energy (physical, mental and emotional), money and dedication to the success of the organization, and being kicked out by the very team he built is conceivably one of the harshest forms of professional rejection.

Luckily for Apple addicts like myself, he decided to start over and prove his early success at Apple wasn’t an accident. He used this rejection as motivation and moved forward. While addressing Stanford graduates about getting fired from Apple, he said, “It freed me to enter into one of the most creative periods of my life.” If Jobs hadn’t been fired, he wouldn’t have achieved all of the things he accomplished in his lifetime.

The fear of rejection will only hinder your career. It’s crucial to find ways to overcome it. Otherwise, it will certainly hold you back from reaching your true potential.

Rejection should be a significant part of your professional journey. If it’s not, you’re not trying hard enough. For me, it has left a positive chip on my shoulder that continues to motivate me and allow me to reach new career heights. So the next time you encounter rejection, embrace the emotions and energy sparked, and use them to advance your career.