Tip of the Day: Create a Criticism Checklist 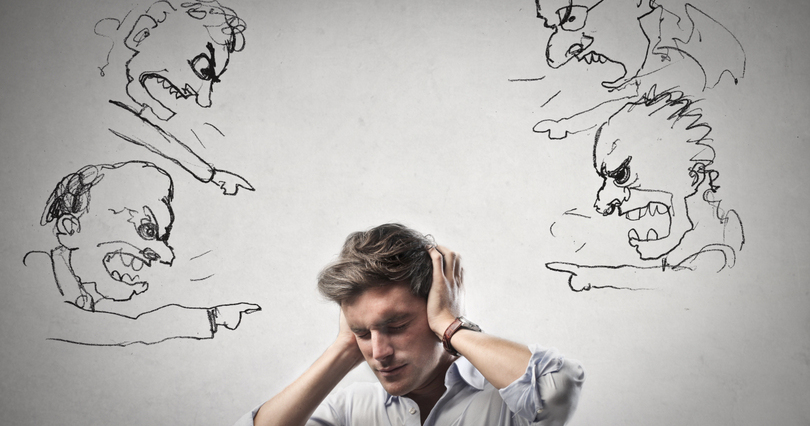 You will get criticized.

This certainty is right up there with death and taxes. Everyone has an opinion and thanks to social media, they have a platform to share it. When you decide to do something that matters, you’re doing the kind of work that’s worth forming an opinion on and discussing.

As an executive level leader in my organization, I deal with criticism constantly. From the unavoidable stuff (“I don’t like what we’re doing”) to the frustrating comments (“I know you need me to do that but I just don’t want to”) to even the truthful critiques (“You ignore people because you’re too busy and distracted”), I’ve found it to be very difficult to discern what to do with all of this criticism.

Can I make a confession? While I’m still a young leader, I’ve faced a significant amount of criticism and I’ve struggled to handle it well. My mistakes range from ignoring truth I didn’t want to hear to tuning people out because of their age. One of my worst moments involved getting criticized over text message and letting the conversation extend over an hour when it should’ve become a face-to-face meeting within minutes. So embarrassing!

As I’ve struggled to learn how to receive criticism well, I’ve sought wisdom from others who are older and wiser, along with mining my failures for lessons.

I’ve built this checklist of 10 steps, which has helped me avoid more mistakes, while leveraging criticism to accomplish personal growth and build momentum. I hope it is helpful for you too!

1. Lean in to your critics.

One of my friends regularly challenges me with this principle. Multiple experiences have taught him that critics are often our best teachers. If we cultivate an openness in our heart, our critics’ feedback can often be more instructive than our fans.

2. Thank the person for being honest.

When someone risks rejection (or worse) to be honest with us, we owe it to them to express genuine gratitude. A simple “thank you” affirms someone who is truly trying to help and shocks someone who is looking for a fight.

The state of our hearts will determine our receptivity to criticism. Asking questions like, “Am I open? Why am I defensive? Do I want to grow?”, can help clarify if we’re even willing to accept a difficult assessment.

When it comes to the critic, what’s their relationship with us? Are they an acquantaince, friend or some random person? When we can identify their level of commitment to us, we can often determine the intent and accuracy of the feedback. This doesn’t mean we should only listen to our friends, but the internet often enables people to say hurtful things without fearing any relational consequences.

5. Consider the context of criticism.

As a pastor, I once received an email from a man who walked out of the service in which I was preaching. His nasty email the next day initially sent me spinning. Gratefully, I didn’t respond immediately and discovered where he was coming from. Once we sat down over coffee, his comments had context. While the content was frustrating, the context around it helped me understand that the email was more about a desire to connect than a disdain for our church.

6. Get input from one or two people you trust.

Pick a couple wise, even-keeled friends and invite their input. Recently, I showed an critical email to a co-worker. I was so grateful I did because she had recently conversed with this person about a related subject. We were able to determine some reaons for the criticism and prep my response together.
One caution – don’t shop the criticism around. If you bring in too many people, you’ll simply start looking for people to affirm your preferred reaction.

My wife grew up outside Buffalo, New York – the birthplace of the Buffalo wing. Therefore, I’ve learned to appreciate wings. If you’ve ever eaten a wing, you know how to eat the meat and leave the bones. Most criticism is like a chicken wing – there is some truth to it and some falsehood. When you treat criticism like a chicken wing, you identify what’s accurate and discard the rest.

There’s something about the gap created by a touch screen and pixels which makes us bolder and less inhibited. As someone whose been mentoring millenials for over 10 years, I’ve seen far too many electronic conversations end poorly. Nuance, context and non-verbal cues are nearly impossible over email, texting, and social media. If the conversation about the criticism could go poorly and the fallout could be detrimental, move it offline ASAP!

A former co-worker taught me the 24 hour rule. Basically, when you get harsh criticism electronically, wait 24 hours (if possible) before responding. King Solomon once wrote “anger resides in the lap of fools.” Our initial reactions are often unhelpful. So, sleep on your response. Wake up, review your response and then decide “is this really worth it?”

Trolls stir up drama online by starting arguments abd deliberately provoking others. Their goal is to get a reaction, not advance a cause nor make a difference. Our approach to trolls must be simple and clear – ignore. In the words of author and researcher, Ed Stetzer, “engaging trolls is like wrestling a pig – you both get dirty and the pig likes it.”

Getting criticized is never fun! We all want to be liked and appreciated. We want our work and perspective to be affirmed and celebrated.

However, the sting of criticism often distracts us from its great value. Criticism can help us identify weaknesses and take giant leaps forward. Take my word for it – don’t miss out of the gift hidden within criticism.