FBI battling 'rash of sexting' among its employees

Sexting an Epidemic that even impacts the FBI social scene, clearly sexting effects generations other than The Milennials’. 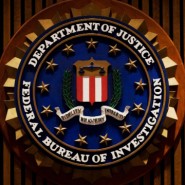 FBI Battling ‘Rash of Sexting’ Among its Employees

Washington (CNN) — It sounds like the plot of a bad movie: bugging your boss’ office. Sending naked photos around to co-workers. Sexting in the office. Paying for sex in a massage parlor.

But it all happened in the federal agency whose motto is “fidelity, bravery, integrity” — the FBI.

These lurid details are outlined in confidential internal disciplinary reports obtained by CNN that were issued to FBI employees as a way to deter misconduct.

The FBI hopes these quarterly reports will stem what its assistant director called a “rash of sexting cases” involving employees who are using their government-issued devices to send lurid texts and nude photos.

“We’re hoping (that) getting the message out in the quarterlies is going to teach people, as well as their supervisors … you can’t do this stuff,” FBI assistant director Candice Will told CNN this week. “When you are given an FBI BlackBerry, it’s for official use. It’s not to text the woman in another office who you found attractive or to send a picture of yourself in a state of undress. That is not why we provide you an FBI BlackBerry.”

While the vast majority of the FBI’s 36,000 employees act professionally, the disciplinary reports issued by the agency’s Office of Professional Responsibility show serious misconduct has continued for years.

From 2010 to 2012, the FBI disciplined 1,045 employees for a variety of violations, according to the agency. Eighty-five were fired.