America in the framework of the modern Millennial Man.

Narratives of Millennial men, who are making a difference by living for now, while enjoying significant success as well. 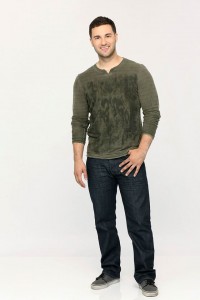 Adam Jaymes, 24, of Palmdale, California, performer and past competitor of ABC’s Rising Star, uses his musical talents to vocally inspire others.

“When the wall went up for the first time, so inspiring,” said Jaymes on his most memorable experience on Rising Star, which he describes as humbling.

“I think the American Dream is just working hard. Not stopping not matter what, it’s something you constantly do, it’s a process, it becomes a part of your lifestyle,” said Jaymes on his version of the American Dream.

2013, was Jaymes most memorable year, because it was the year when his father died, when Jaymes got married and bought his first home.

“When I got married and knowing Christ, coming to the Lord,” said Jaymes on the best time of his life.

“Was when my dad died,” said Jaymes on the worst time of his life.

Jayme’s wife, Linzy Jaymes, was Jayme’s number one support system while he was competing on Rising Star.

“I love that it’s really a servant position, learning how to serve my wife and make her feel like a queen,” said Jaymes on what he loves most about being a musician.

“It’s challenging, but it’s extremely rewarding,” said Jaymes on how it feels like to be a married Millennial, young and in love.

Watching Fantasia at three or four years old was the music catalyst for Jaymes.

“That it’s all glamorous, when it’s really about the hard work and being discipline,” said Jaymes on the misconceptions about Millennial.

“I know who the Lord is, and where I am going,” said Jaymes on being a man of God.

“God is good and life is good,” said Jaymes on the headline of his life. 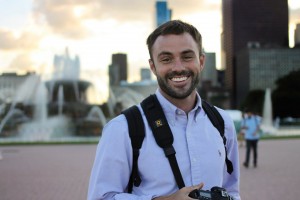 Kuhn says he views himself on the top end of the millennial spectrum since, he lives in both an online and offline world.

“It’s been wonderful, I love living in an environment where we are passionately learning and passionately doing,” said Kuhn on his time at Northwestern University.

The political, social or economic issue that means the most to Kuhn is a global issue of human rights.

Kuhn says his career allows him a platform to give back, especially through photography.

“I can do, what I enjoy doing, while still paying it forward,” said Kuhn.

“I don’t think I have, but I think that I am achieving,” said Kuhn on if he has accomplished the American Dream.

“Live for tomorrow,” said Kuhn on the headline of his life. 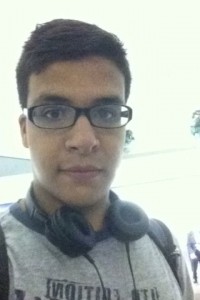 “Education should be an essential to every one of us in order to be prepared and better not only our selves but also our future. Unfortunately it’s not always easy or the best route for some of us,” said Rodriguez on if education is fairly accessible.

A social issue that means the most to Rodriguez is feminism. He believes gender equality is not the main goal of some people.

“The American dream is simply what you define it only you can rate your own success and it can only be archived if you stop comparing yourself with others.  I feel proud of what I have archived, but I’ve set the bar high for myself and have a long way to go,” said Rodriguez on if he has achieved the American Dream yet. 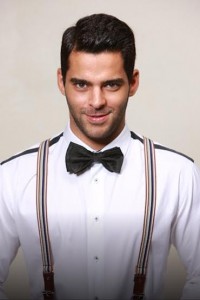 “Love is an important feeling and everyone in this world should be loved. Love doesn’t need to be from a significant other, it can be as simple as your mother loving you or even a friend. Everyone in the world should feel love it’s what keeps many individuals sane. I am very fortunate to have found love at a young age,” said Kashani about being a Millennial in love.

“In the twenty two years I have been alive I feel that chivalry is dying. I am very sad to say that but with the up and comings are not taught how to be gentlemen. My parents were very strict about forming me into a gentlemen at a very young age. This is why I have become the man I am today. I believe this issue falls in the parent’s hands,” said Kashani if enough Millennials are gentleman.

“The advice I would give to Millennial Men would be keep trying and never give up, do what you feel is right and will help you become the best you. The only way you will succeed is believing in yourself because you are the only person standing in the way of being the best you,” said Kashani on his advice to other millennial men.

View Open
Some conversations are easy to forget while others

View Open
Looking at the World with a whole new perspective.

View Open
There is much to learn. We have to know better to

View Open
Everyone has to start somewhere! ⁣ ⁣ Every new

View Open
NOW THIS IS SOMETHING TO CELEBRATE: LOVE ♥️⁣

View Open
Dear Friend,⁣ ⁣ Make peace with what you see a