The American Dream According to the Millennials 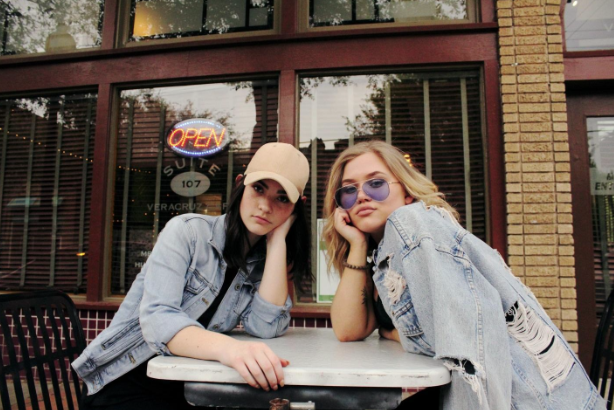 When we hear the words the American Dream, a picture of prosperity brought about by hard work, determination and initiative often comes to mind. Many people say that it’s long dead. Back in 2016, studies about how elusive good opportunities are had flooded the Internet, bringing grim hopes the future to many young people. However, new studies emerged, claiming that this aspiration doesn’t need any revival of some sort, it’s just been rebranded by the biggest demographic cohort to-date.

The American Dream of Success

The Gen Ys barely earn enough compared to their parents back when they were of the same age. As reported by the Los Angeles Times, the reason behind the stagnation is that the economy isn’t expanding as fast as it was. Inflation came into the picture, adjusting wages which lead to income inequality.

Despite the financial and employment constraints, the millennials have not given up on the American Dream according to a study conducted by Bank of the West. They still desire to own a house, pay off debts and retire from a fulfilling career, the twist comes with their evolving view that includes pursuing their passions and taking their chances at career success abroad.

The American Dream of Family

Taking a look at the various polls, attitude surveys and behavioral observations, the results turn out that millennials’ goals aren’t as different as the preceding generations, according to The Atlantic. They, too, want to get married and have a family.

The feminist efforts are bearing fruits, as many of the millennials are now more open to contemporary gender roles, such as having a female breadwinner, male homemaker, working parents and single parenthood. However, a more traditional trend is making headlines and is surprising many sociologists.

This 40-year study found that the expected modern, egalitarian and tolerant attitude towards gender roles is inconsistent, shifting from the modern to a traditional take on bringing up a family, and the factors seen are the maternal leave and benefits issues, childcare expenses and the struggle in juggling life, family and career.

The American Dream of Assets

According to the same study by Bank of the West, 60% of millennials equate the American Dream to owning a house, just like the previous generations. They may be dreaming of moving abroad or to another state at least twice, but they’d still want to settle in a particular community long-term.

43% of Gen Ys have bought their own home, while the 75% majority is optimistic and is motivated to get their own in the near future. This generation has nonetheless reshaped the market in almost every aspect. As for the real estate sector, they must jive with the digital natives’ need and extensive research tendencies when it comes to purchases.

The American Dream of Work

What is absolutely emphasized by millennial workers is their need for more flexibility and few constraints. Contrary to popular belief, numerous studies concluded that this workforce works just as hard as the Gen Xers. Keith Zabel of Wayne State University finds no significant difference in terms of industriousness among generations. It just so happens that times have changed and the growing cohort works more differently in terms of schedule, technology and job preferences.

Work-life balance is the main maxim of the Generation Y. The latest manifestation of this lifestyle is the report of the growing sleep average of millennials. They’ve embraced the importance of sleep to improve health, boost energy and increase productivity. However, author Larry Alton wrote in Forbes that the effect of unemployment and underemployment or the efficient use of technology shouldn’t be discounted.

The American Dream of Marriage

Just like anybody else, having a successful marriage lands as one of the top priorities of the millennials. However, this just has to take the back seat until a significant improvement in the educational and economic status is palpable.

A 2016 US Bureau report found out that only 29% of 21-year olds have reached financial independence while only 37% of 22-year-olds obtained full-time employment. 21 and 22 deemed to be the ideal age for the mentioned milestones, but it appears that the tight competition and increasing expenses have delayed many of these achievements in life.

The Next Great Generation

According to the Millennial Impact report from the Case Foundation (as reported by The Atlantic), 84% of this demographic cohort made charitable donations in 2014 and 70% volunteered for their favored cause or charity. Their leadership brand is leading my empowering. Their remarkably optimistic views, openness to changing for a better society and the sense of civic responsibility are just some of the few characteristics of the millennials. This seemingly collective attitude is undeniably brought about by the ideals of their parents and the joys and woes they’ve experienced and seen all around the world. The American Dream is definitely far from gone, it remains to be every American’s aspiration but has to bend and reinvent to stand the test of time.