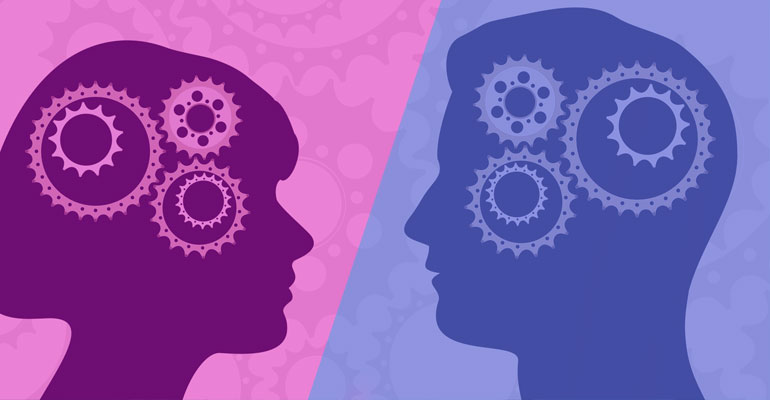 It’s 2017, and the 20-something population has come a long way. Gone are the days of men heading to work and women staying home — our society has worked hard to even the playing field and, while it’s not necessarily perfect, it’s much better than it was in the last century.

Still, male and female millennials have their differences, however subtle. The following are four ways this generation of men and women differentiate themselves from one another. Find out if you fall in line with people your age, or if your habits defy the lives of most 20-somethings around you.

In the past, men and women’s careers were completely divided: namely, women were teachers, nurses and secretaries, while men did everything  else. Nowadays, of course, everyone can follow any career path out there. But women and men have separated themselves by the career paths they choose.

A 2016 survey by Indeed.com revealed that millennial men and women have much different career interests. One in four women had interest in pursuing the healthcare field, whereas 11 percent of male respondents felt the same draw. On the other hand, one in four men said “yes” to careers in business and financial operations; only 17% of women felt the same way about that field.

In general, science, technology, engineering and math (STEM) jobs do not attract nearly as many women as they do men. Gender pay disparity and lack of female recruiting play into these numbers, even in this day and age. But more and more companies are making an effort to pay more and hire more women, which means millennials may experience a more even playing field as they mature.

Millennial men and women are known for their love for and mastery of modern technology. And, while both genders have their hands on smartphones, tablets and TVs galore, it’s the boys who make the fastest moves to swoop up the newest iterations of these products when they hit the market.

The men are 2.5 times more likely to pick up the latest technology and incorporate it into their daily lives. Men are also more likely to rely on online shopping for the bulk of their retail needs: 40 percent said they wish they could buy everything online in a recent survey by eMarketer. They also rely on online auction sites and mobile apps more heavily than female shoppers.

It’s widely known that men tend to have an advantage in the car-buying process. Dealerships have, in the past, taken men more seriously in the negotiation process and tend to offer lower prices to them as opposed to their female counterparts.

But today’s woman is self-assured and empowered as she shops for cars. Not only that, but the men around them find they’re more logical than men in buying a new ride. Oh, and millennial men believe that women have the upper hand in negotiating now, with 60% saying women are better at bargaining.

By all appearances, the millennial generation veers much more liberal than the generations from which it descends. But The New York Times’ General Social Survey revealed in 2014 that male millennials may strive for a more old-school version of family and achievement.

Political scientists have explained that men may be searching for dominance as women earn equality in the workforce. Others say two-earner couples have seen the difficulties working parents face and believe life would be less stressful if both parents stayed home. If that were the case, though, women would likely have responded similarly to the stay-at-home question; a whopping 74% of women disagreed to the above statement.

There’s No Right or Wrong Answer, Though

These are four very general ways that millennial men and women differ. There’s no way to differentiate between the sexes that’s going to be foolproof: despite majority numbers on a survey or trends that swing in one direction, there will always be outlier millennials forging their own paths and following their own beliefs.

For that reason, take the above with a grain of salt. You may see yourself in the trends, or you may find yourself scratching your head confusedly, wondering if you’re reading about the right generation. The most important thing for a generation to do is live well and make the world better and more equal — the rest will fall into place.