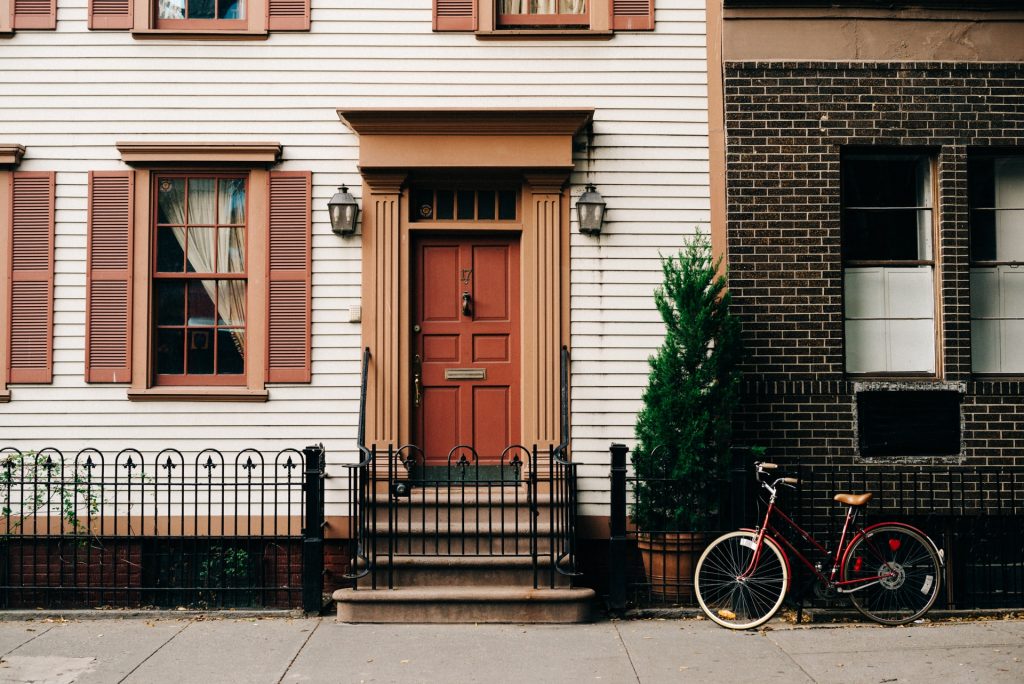 Once upon a time, most young professionals started their careers in their hometowns, and many stuck around for the years to come. Nowadays, though, 20-somethings heed opportunity’s call and move to new cities, sometimes across the country, to find better jobs. Some places have emerged as the best destinations for those who have just begun their professional careers. Here are ten of them:

Many of the best places to live come at a price, but not Indianapolis. Locals typically put a bit less than 25 percent of their income toward mortgage or rental payments. Plus, only 3.3 percent of the city’s residents are unemployed, which gives you great odds in moving to the Midwestern state capital. 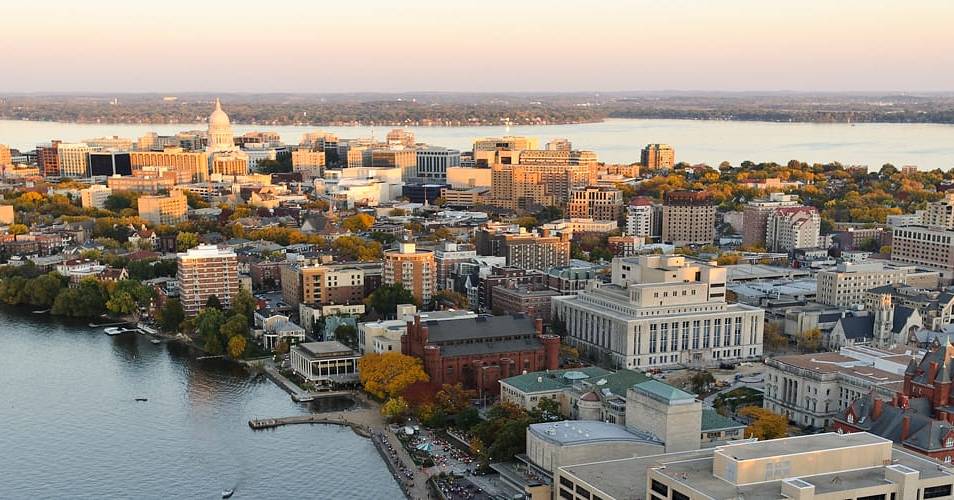 Wave to your gainfully employed neighbors in Indiana! Madison, Wisconsin, is another Midwestern destination for recent grads or young professionals. The city has a wealth opportunity in industries such as healthcare and technology, as well as higher education – the University of Wisconsin – Madison is in town, of course.

Raleigh and Durham are next-door neighbors, and each city has its fair share of appealing jobs for young grads. For one thing, the area has a slew of high-ranking universities with plenty of jobs, including the University of North Carolina, North Carolina State University and Duke University. Then, there’s the Research Triangle Park, where technology jobs abound. The cost of living’s great, and both Raleigh and Durham have perked up with an insurgence of young residents – new bars, restaurants, entertainment venue and more continue to pop up in the area. 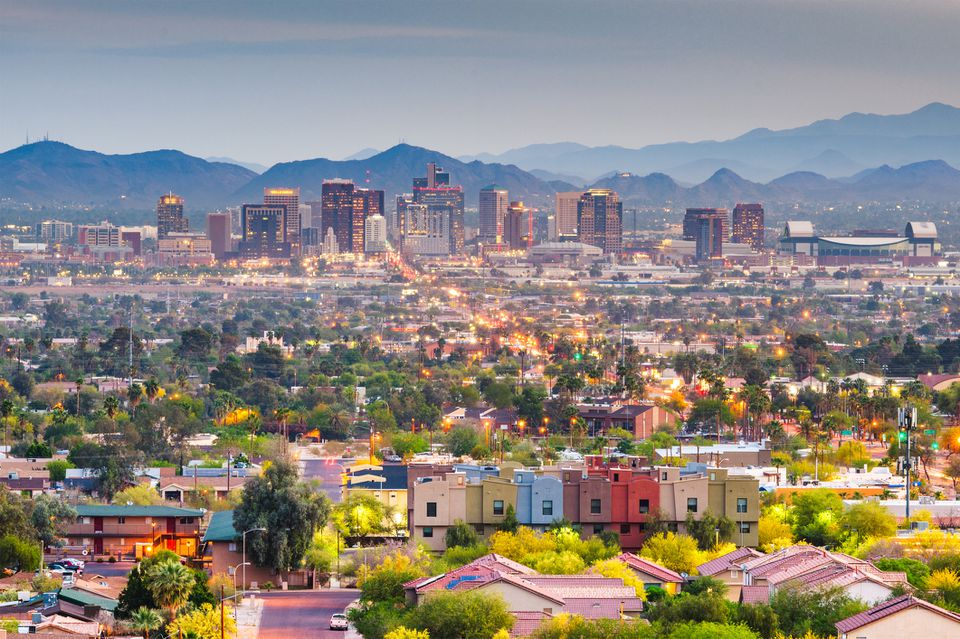 Ready for some serious sun? If so, then put Phoenix, Arizona, on your list of potential new hometowns. Indeed, the weather stays sunny and hot pretty much all year long, but that’s the only draw of this southwestern city. You can find plenty of work in tourism, finance or tech, and you won’t be shelling out a huge portion of your paycheck for rent – most people spend about 28 percent of their income on housing-related costs. 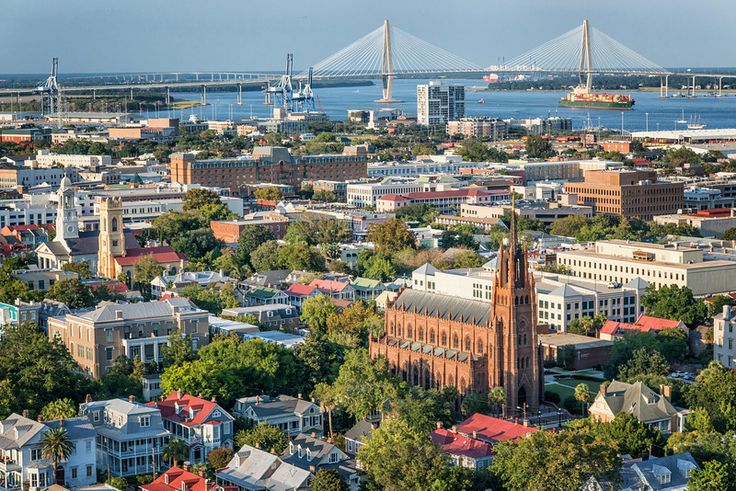 Welcome back to the South! Charleston has all of the southern charm you could want, plus ample bars, restaurants and beach access. The city has a booming industrial sector, with jobs in aerospace, tech and alternative energy sources. And those who move to South Carolina find that the state has plenty to offer its residents, from a slower pace of life, to state park access, to a great cost of living. Perhaps a move down south will be right for you as a young professional. 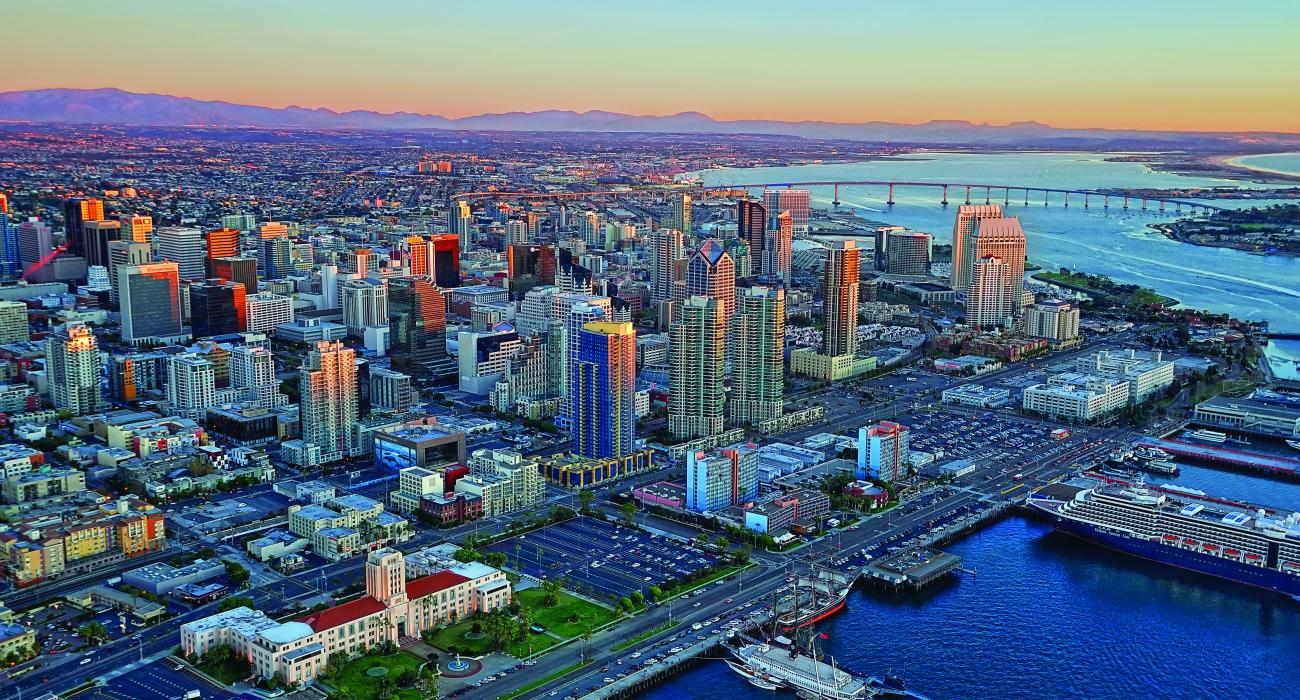 Let’s fly to the other side of the country and visit San Diego, another great destination for 20-something workers. The cost of living is slightly higher than other options on the list — expect to funnel 35 percent of your paycheck into your rent or mortgage — but life is good in this West Coast city. For many young professionals, the weather alone is a huge draw, as it stays sunny and comfortable year-round. And the natural landscape affords you with plenty to do on the weekends when you’re not climbing the corporate ladder. 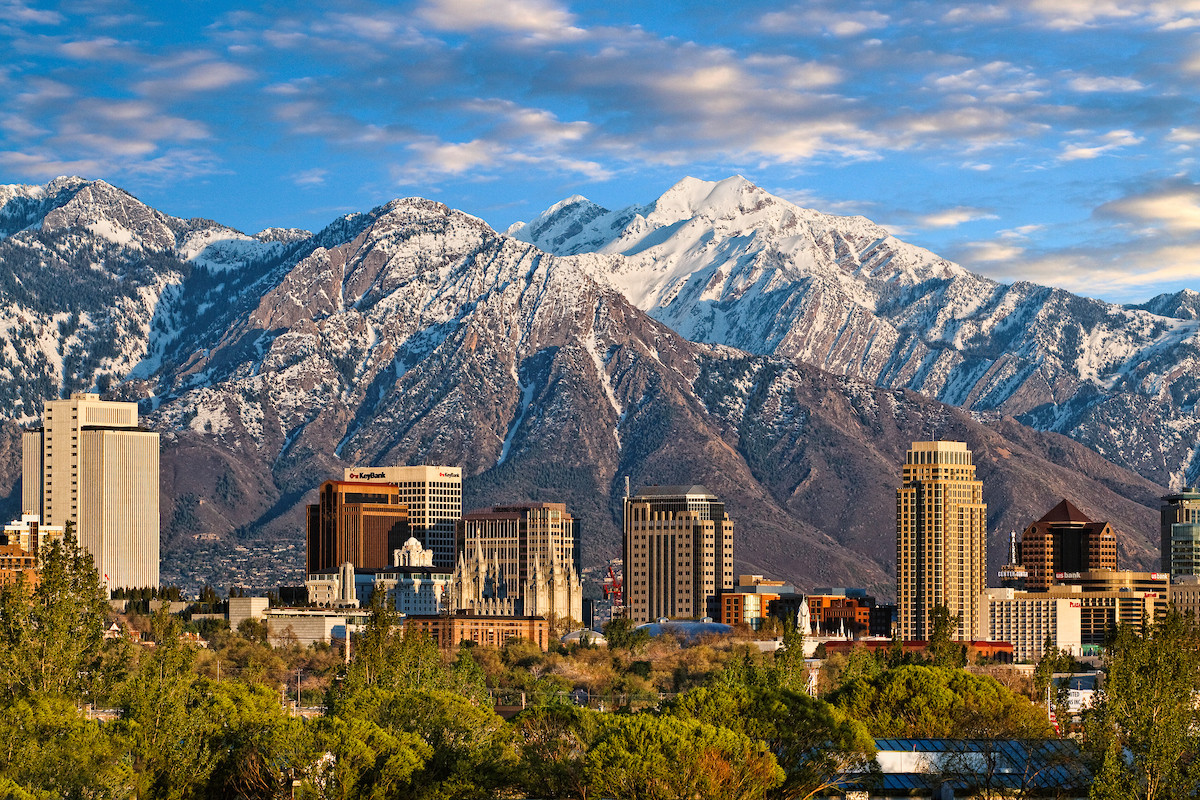 Once home to the Winter Olympics, Salt Lake City has now become known for its role in the tech industry. Companies looking to cut costs, both for themselves and for their employees, have left cities like New York and Seattle behind in favor of cheaper locales. Austin, Texas, stood as the initial destination for such businesses, but now Salt Lake has drawn its fair share of tech, too. So, check out SLC if this is your area of interest or expertise. And don’t forget that there’s plenty of outdoor adventure to be had here — put that in your list of pros, too.

Looking for some serious adventure? The islands in the middle of the Pacific have more to offer than just a vacation destination. Honolulu, for instance, has a stunning unemployment rate of 2.4 percent. Explore the beaches and mountains on the weekends, then check into work during the week. On the island, you’ll find great jobs in tourism, as well as in healthcare and defense, with multiple military bases nearby. 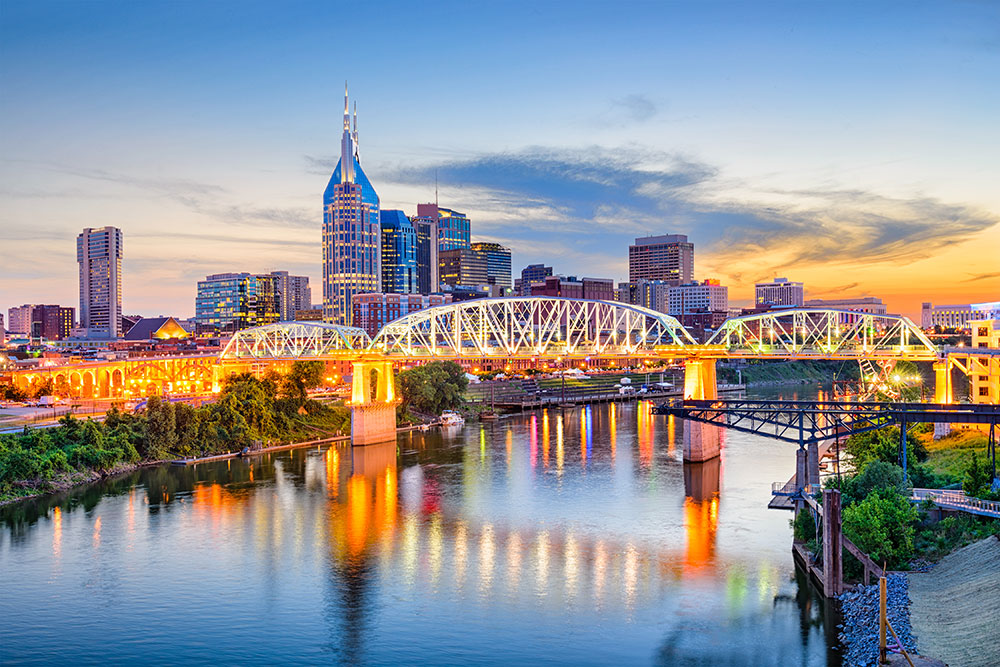 Chances are, you already have a friend or a friend-of-a-friend who has moved to Nashville recently. There’s a reason why so many young people are flocking to the southeastern city. For one thing, it’s fun — the town has its roots in country music, so there are plenty of places to go out, listen to live music and dance the night away. But Nashville has a booming healthcare technology industry, which could help you land a great job, too. 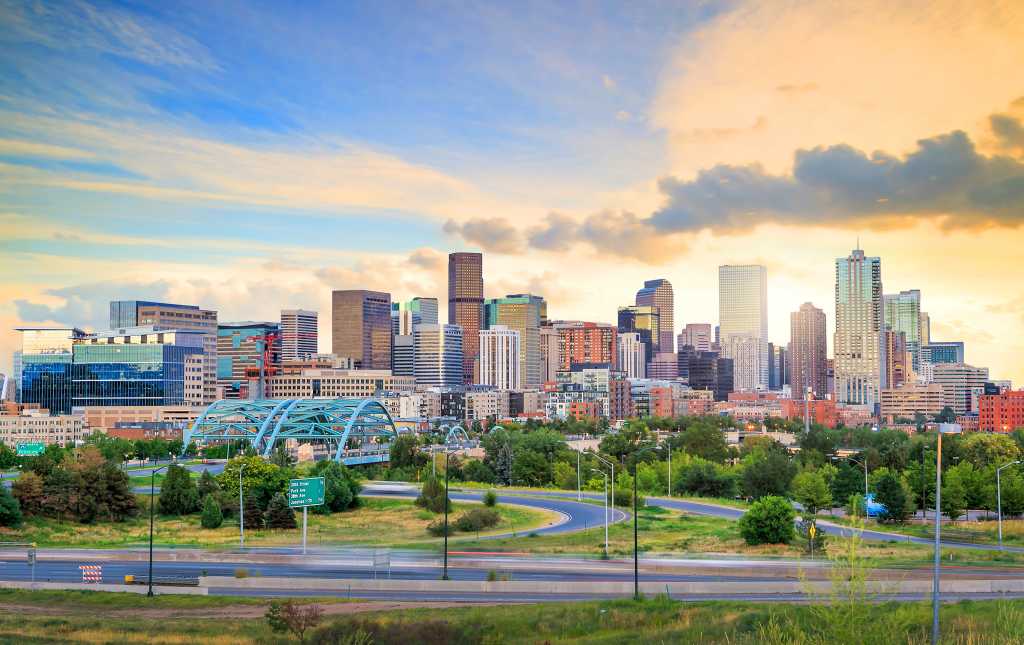 Finally, check out Colorado Springs as you search for a place to move and start your life as a young professional. Of all the country’s most populous metro areas, Colorado Springs ranks first on the list of the most desirable place to live out of them all. The cost of living’s low compared to pay, especially because the city is slowly growing — get in now and enjoy the beauty of the southwest without breaking the bank.

Moving onto a new city might be what it takes to move up in your blossoming professional career. So, let this list guide you as you try and find the perfect spot to start your life. You don’t know where you’ll end up in the long run, but you’re sure to land right where you need to be as the young professional you are.