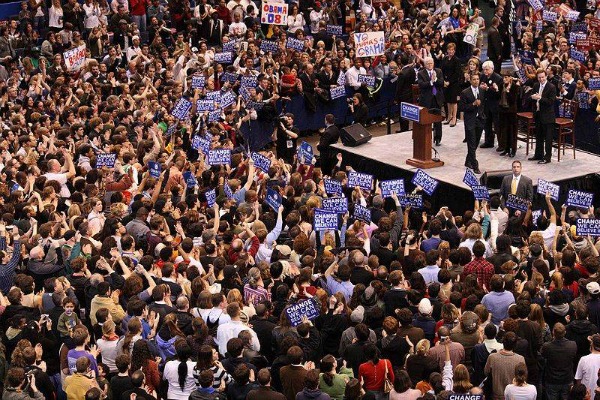 I’m a brand strategist, so a lot of my time is spent looking at demographic research. About a year ago, I came across a global study that had just been completed by an international telecommunications provider. It took a close look at various Millennial traits, including their leadership abilities. One of the study’s conclusions really caught my attention: It stated that while Millennials are on track to transform society, the most significant changes would be driven by a subset of the generation, 11 percent, to be exact.

I was intrigued by this. Who were the members of this 11 percent? What set them apart from other members of their generation? Where were they located (given that Millennials are the first global generation in history)? What kind of changes would they create?

In an effort to find answers, I started interviewing Millennials around the world. My only criterion was that they needed to be actively creating change. To date, I’ve talked to people in Europe, Asia, Africa and America.

What I’ve heard has been awe-inspiring! The scope of change being created by these Millennials is massive and ranges from starting non-profits designed to offer vocational training to millions of rural, impoverished artisans; to re-building urban infrastructures so that they work more efficiently (while offering an artistic sensibility), to starting secondary schools in the remotest areas of developing nations.

ALL of these people were in their twenties!

After I had completed several of the interviews, something occurred to me:

The people I was talking to had never met each other (they didn’t even live on the same continent!), but there were similarities in what they focused on when creating change. Two of the similarities particularly stood out to me:

Sociologists say there are five basic social institutions that act as the cornerstones of society and ensure its continued functionality: Government. Religion. Education. Economy. Family.

The Millennials I’ve interviewed have expressed a clear understanding of what social institutions are, how they work, and how they need to change in order to be effective and relevant in today’s world. Whether they were rejecting the divisive nature of partisan politics (and looking for alternate systems of governance), or questioning the growing economic divide that is being experienced around the world, the interview participants shared nuanced and sophisticated thinking about how to rebuild these engines of social progress.

Each of the people I interviewed began their change-making efforts by identifying a problem or need in their local community, but they didn’t stop there. They crafted their local solution so that it could subsequently be applied to broader contexts. This was especially evident in poverty-elimination and education projects. That ability to simultaneously think locally and globally is unusual, I believe, and a skill that is going to be a necessity in the 21st century.

Again, these people were in their twenties!

After spending a year talking to global Millennials about the kind of world they are actively building, I truly believe that the criticisms frequently directed at them (laziness, narcissism, lack of critical thinking abilities) are unfair and miss-aimed.

There’s a reason that researchers say this era of human history will be as significant as The Renaissance, and the Industrial Revolution, and the advent of Greco-Roman civilization! A new, profound story is being created. Right now.  In real-time. The world’s first global generation – Millennials – are helping to write it.

As I begin Year 2 of my interviews with members of the ‘Millennial 11 Percent’, I’m very excited to see how the next chapter of our shared (read: multi-generational) narrative unfolds.